TIPDI Editor’s Note: Melissa Rosado submitted a bio draft that was far too modest. For our non-Salsa dancers, you should know this: Melissa is one of the world’s Top 5 female Salsa dancers. She was Eddie Torres’ partner — the “Mambo King” himself — until 2011. There are simply no higher Salsa credentials. We are thrilled to have Melissa at TIPDI.

Melissa Rosado is one of the top international instructors and performers of the Salsa style known as NY Style Mambo “On 2.” She is an energetic and explosive dancer known for her unique, sensual styling and body movement, powerful stage presence, and ability to effortlessly follow any lead, as well as her warm personality and her passionate love for teaching.

The Bronx, NY, born native Melissa has been dancing since age 5, and has trained in Ballet, Jazz, Tap, Hip-hop, African, Afro-Cuban, and Flamenco. At age 9 she discovered her passion for mambo when she began taking classes with Eddie Torres, the creator of the NY Mambo “On 2” style, and his wife Maria Torres at the Kips Bay Boys and Girls Club in the Bronx. She was invited to become one of the first members of the Eddie Torres Junior Company, which made its debut at Madison Square Garden in 1995, and then became part of the Eddie Torres Senior Dance Company and one of Eddie’s instructors — all while attaining her Master’s Degree in Forensic Psychology at John Jay College in NYC. During this period, she worked as Eddie Torres’ partner until 2006. From 2006 to 2008, she partnered with Eddie Torres principal dancer Adolfo Indacochea, performing and teaching internationally. In 2008, she teamed with the Mambo King Eddie Torres once again until 2011. She also established herself as a solo artist worldwide.

Melissa has performed with music legends Tito Puente, Celia Cruz, Tony Vega, Eddie Palmieri, Wynton Marsalis, El Gran Combo, and many others. She has appeared on television with legendary salsa singer Celia Cruz and merengue celebrity Millie Quezada. She has taught and performed at salsa congresses and festivals throughout the United States, as well as in Italy, Switzerland, Spain, the Canary Islands, Portugal, France, Canada, Turkey, England, Korea, Japan, Austria, and Germany. 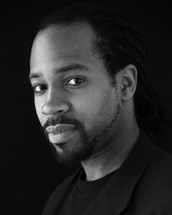 Marlon "International" Mills is an international Salsa “On 2” instructor and one of New York City’s best known Salsa personalities. He has been teaching Salsa in NY and around the world for the past nine years, and is known for his warm smile, terrific lead, and excellent teaching abilities. Through clear teaching and strong fundamentals, he takes people from having two left feet to dancing up a storm in no time. His motto: Changing lives, one dance at a time!

Marlon was born in New York to parents from the Caribbean and was educated in New York and Spain. He found his love of Salsa in 2001 after being taken to a class by a co-worker. Salsa has been a core part of his life ever since. Marlon has trained with Eddie & Maria Torres, as well as other top Salsa professionals. He has performed Salsa for films, television, festivals, and on stage with artists including Jose Alberto, El Canario, Hector Tricoche, and El Gran Combo.

When not teaching, Marlon produces several weekly Salsa events in NYC, as well as collaborating on the production of major events such as the New York International Salsa Congress.
return to staff page